"What in the world is electricity ? And where does it go after it leaves the toaster ?" 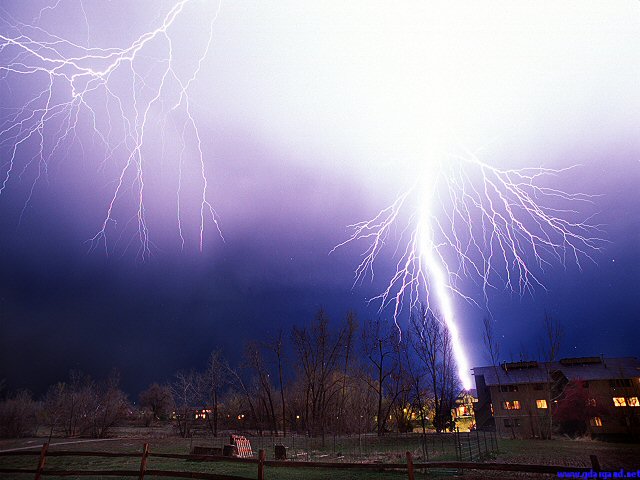 Left: Lightning strike hitting a condo house in Fort Collins, Colorado, 2003. That's barely 300m from where I was posted. 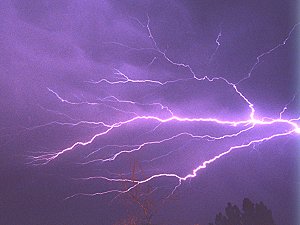 The technique used to take pictures of lightning is quite simple: operate at night, put the camera on a tripod, use a remote trigger cord, set the camera on B pause with the lens not too open (5.6 should do fine for a 30s exposure) and trigger. When you see a strike in the frame, release the trigger and start a new shot.

In 2007 we moved to Grenoble, France, where our small fourth floor apartment has a full view to the north (Chartreuse) and to the south (Taillefer) while being at the feet of the Vercors plateau. Surrounded by mountains the city often turns into a light show.

When doing a sequence of shots you often end up with strikes that are not framed all that well. Since you are operating from a tripod a simple way to improve the images is to layer them in your graphic program and set the layer mode to 'overlay', 'lighten' or something similar. This way you can add more than one strike on the final image, without having the background get exceedingly bright. I've tried taking pics of lightning during the day using a 104 absorbency filter, but never managed to get anything significant out of it. I even tried an IR filter with even less success, so the best way is to operate at night when it doesn't rain too much (for the sake of your equipment but also to avoid light diffusion).

Right: Lightning on the Chartreuse range, taken with my new DSLR. 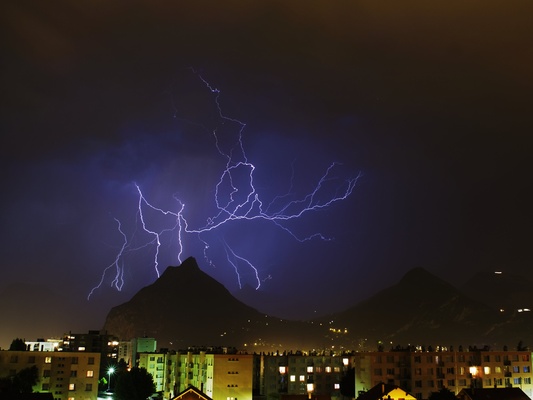 But that's not my only experience with lightning... OK, story time. While living in Colorado in 2003, we went to Lumpy Ridge for a WE. On saturday, we did a mix of excellent 5.10 pitches at the Book (first time I ever find a 5.10 Layton Kor route easy) and got off just before it stared hailing and raining like hailhell. Ended up with a bunch of other climbers hiding under the 'Tombstone' before hiking out in lighter rain. Thunderstorms happen just every midday at this time of year. 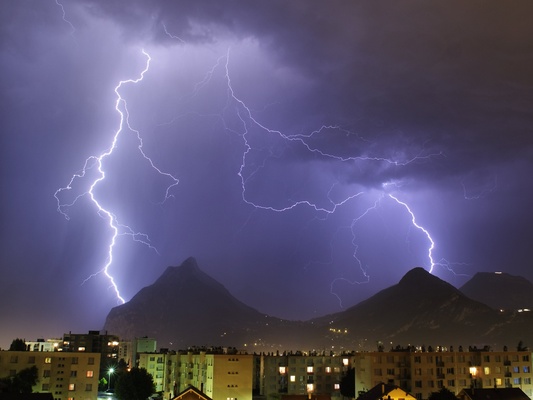 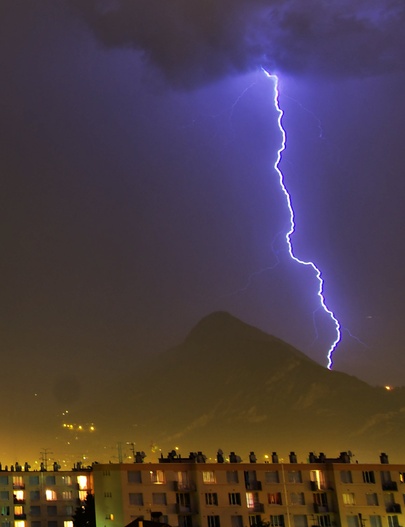 Left: A sharp direct hit on the Neron.

On sunday we went on Idiot Wind on Sundance. A stellar route, but the name couldn't have been more aptly chosen. We left a stuck cam on pitch 2. Then it started raining lightly on the 4th pitch, a long diagonal traverse on old rusty 1/4" bolts, placed far between with a huge overhang right underneath. Just as I was starting the last pitch, lightning struck 30m above us and fried my hand that was jamming the crack leading to a muscle reflex retraction. The thunder hit was simultaneous and popped our ears out. Good thing I had a good crimp with the other hand as it was total factor two fall on two rusty pitons. I managed to downclimb with one hand, drunk with pain. We ran off quick, leaving gear and rappelling through the huge roof on the right of Turn Korner with a tingling hand. The good surprise was to find the cam on our pack, courtesy of the party after us who had wisely bailed earlier. It was the only lightning strike of the day... 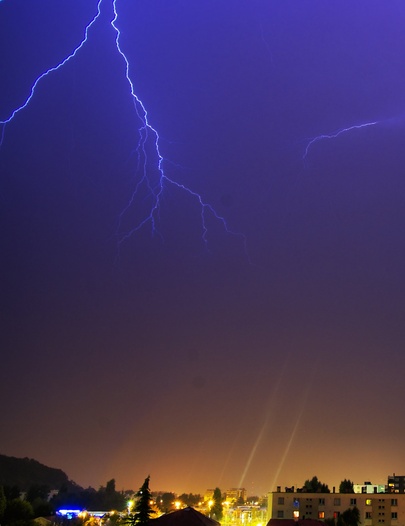 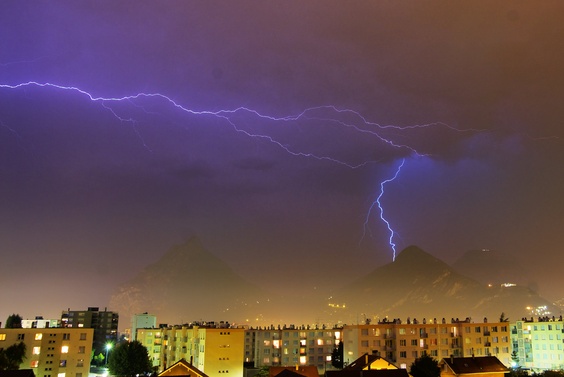 Left: Combination of sky and ground lightning within a few seconds of each others.

Left: Lightning above the Mediterranean, seen from Dubrovnik, Croatia.