A bad time for films in airports

"Actually, there's a knack to opening the Concorde's windows..."    — A passenger's last words.

During our Sarek trip in Spring 1999, we had to go through 7 airports just at the height of the Serbian war. My films were subjected to tens of x-ray controls before I got pissed and called the airport police. Indeed, the security thugs at the airports are lazy and often don't want to hand check the films. Here's some guidelines: 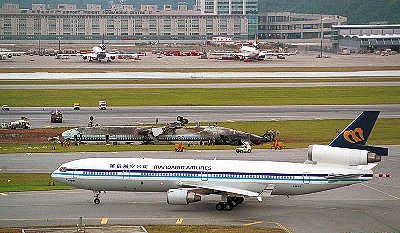 Note: This document contains FAR Part 108 including Amendment 108-17 as published in the Federal Register on September 24, 1998. 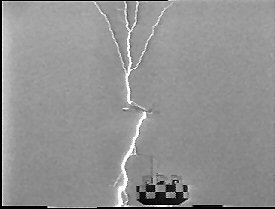 What does X-ray damage looks like ?
Depends if it's a classic X-ray or a tomograph machine. The first one is equivalent to a low intensity exposure of the film, so the dark areas on your pictures are lighter, with some washed out background color (most likely the back becomes dark blue). The latter one looks like a colorful sine wave very visible on the uncut roll, depending on the angle of the film when it went through the machine.

"For once you have tasted flight you will walk the earth with your eyes turned skywards, for there you have been and there you will long to return."    — Leonardo Da Vinci. 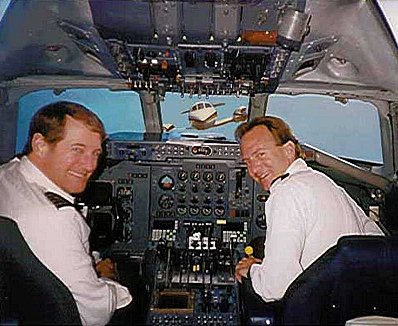 And while we are talking about airplanes...

"Takeoffs are optional. Landings are mandatory."

"If God meant man to fly, He'd have given him more money."

"Flying is not dangerous; crashing is dangerous." 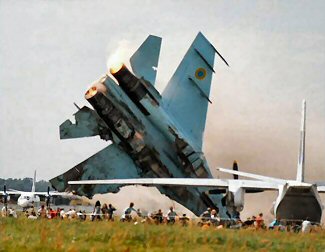 "The propeller is just a big fan in the front of the plane to keep the pilot cool. Want proof ? Make it stop; then watch the pilot break out into a sweat."

"Speed is life, altitude is life insurance. No one has ever collided with the sky."

"It's best to keep the pointed end going forward as much as possible."

"The only time you have too much fuel is when you're on fire."

"Flying is the second greatest thrill known to man... Landing is the first !"

"The probability of survival is equal to the angle of arrival."

"Always remember you fly an airplane with your head, not your hands. Never let an airplane take you somewhere your brain didn't get to five minutes earlier."

"A carrier landing is a controlled crash."    — A Navy pilot.

"You know you've landed with the wheels up when it takes full power to taxi." 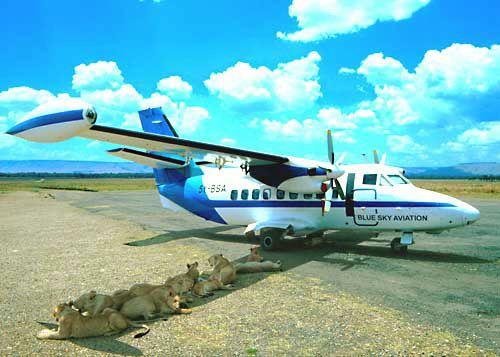 "Those who hoot with the owls by night, should not fly with the eagles by day."

"A helicopter is a collection of rotating parts going round and round and reciprocating parts going up and down — all of them trying to become random in motion. Helicopters can't really fly — they're just so ugly that the earth immediately repels them."

"Young man, was that a landing or were we shot down ?"

"Learn from the mistakes of others. You won't live long enough to make all of them yourself."

"Trust your captain... but keep your seat belt securely fastened."

"Any pilot who relies on a terminal forecast can be sold the Brooklyn Bridge.
If he relies on winds-aloft reports he can be sold Niagara Falls."

"Aviation is not so much a profession as it is a disease."

"There are three simple rules for making a smooth landing: Unfortunately, no one knows what they are."

"The only thing worse than a captain who never flew as copilot is a copilot who once was a captain."

"Be nice to your first officer, he may be your captain at your next airline."

"Any attempt to stretch fuel is guaranteed to increase headwind."

"A thunderstorm is never as bad on the inside as it appears on the outside. It's worse."

"It's easy to make a small fortune in aviation. You start with a large fortune."

"A male pilot is a confused soul who talks about women when he's flying, and about flying when he's with a woman."

"Remember, you're always a student in an airline." 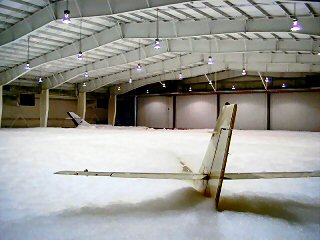 "You cannot propel yourself forward by patting yourself on the back."

"Things which do you no good in aviation: Altitude above you. Runway behind you. Fuel in the truck. Half a second ago. Approach plates in the car. The airspeed you don't have."

"Flying is the perfect vocation for a man who wants to feel like a boy, but not for one who still is."

"Being an airline pilot would be great if you didn't have to go on all those trips."

"Gravity never loses ! The best you can hope for is a draw !"