Some images of Croatia

"God first created a beard for himself."    — Croatian proverb. 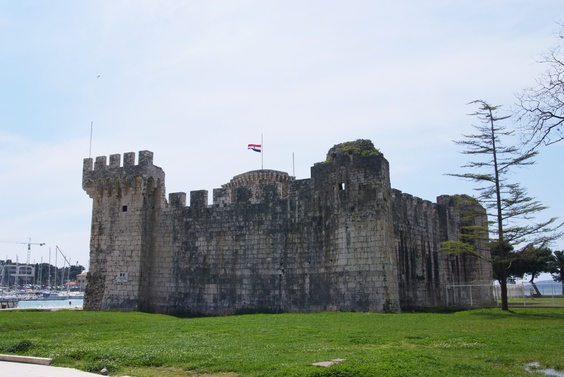 Left: Fortress on the harbor of Trogir.

There are many towns in Croatia that are well worth a visit, starting from Dubrovnik which I visited a couple years back. Here we stop in the coastal city of Trogir. 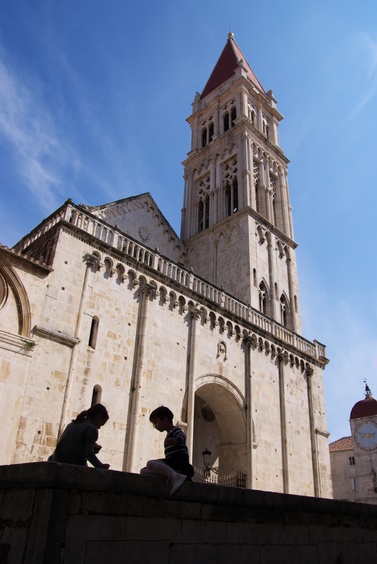 Right: Kids outlined before the cathedral of Trogir. 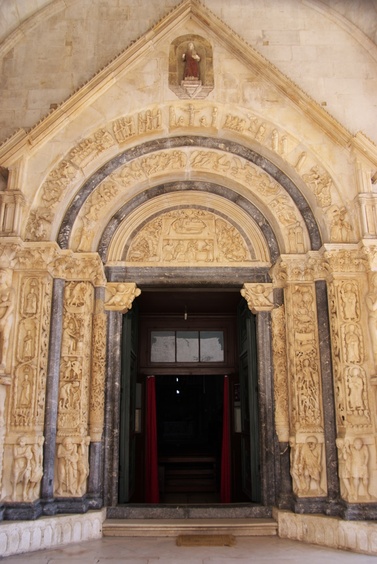 Left: Entrance to the cathedral of Trogir. 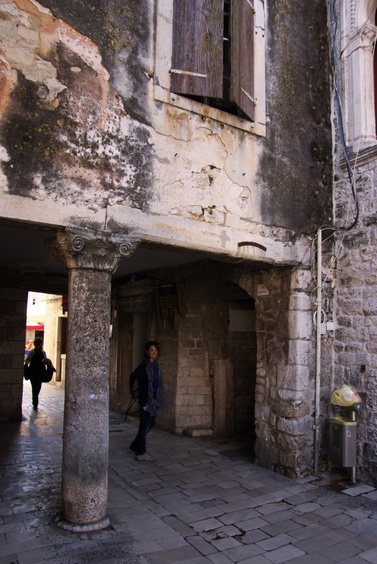 Right: One of the many overpassing houses in the car-free streets of Trogir. 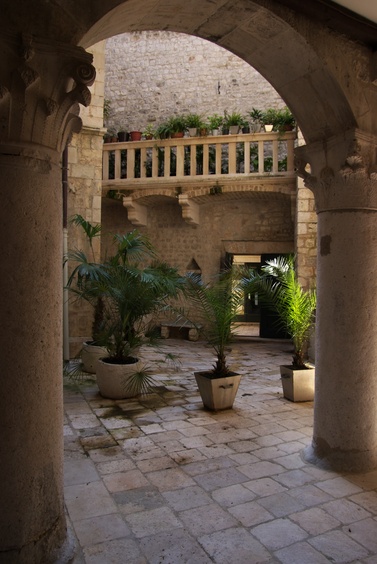 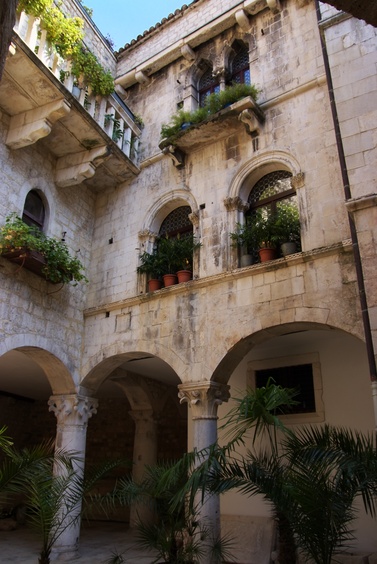 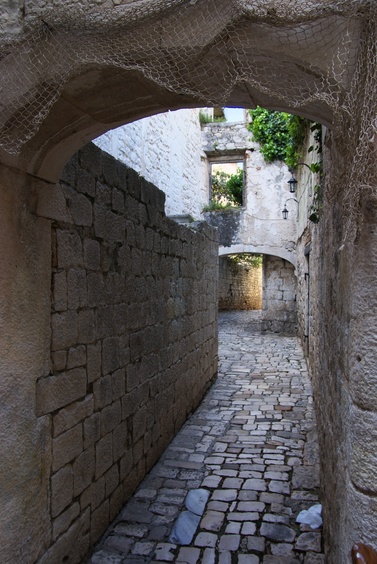 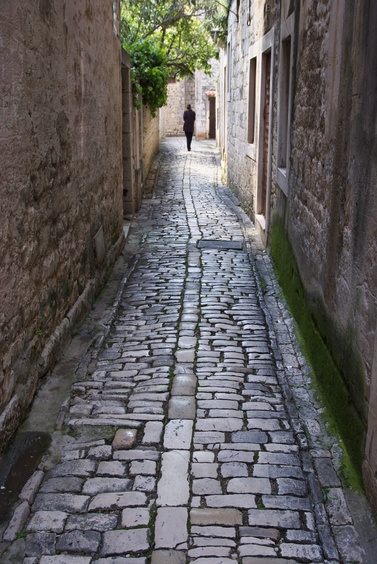 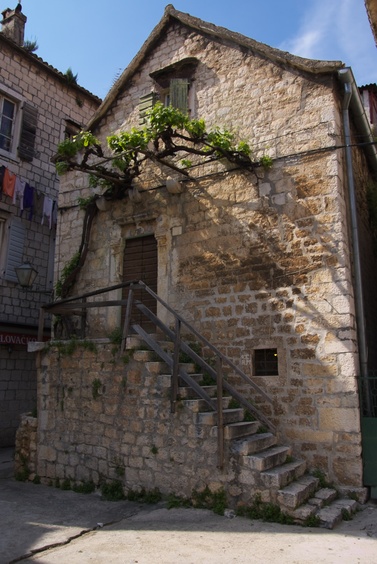 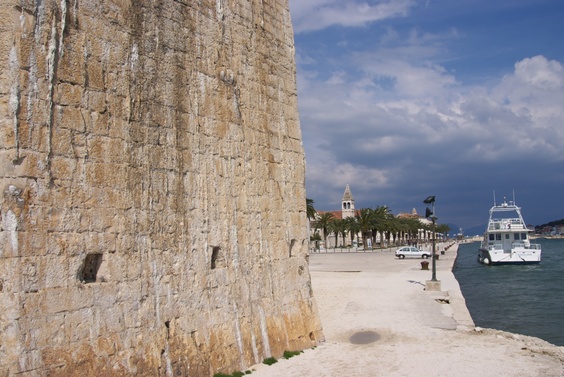 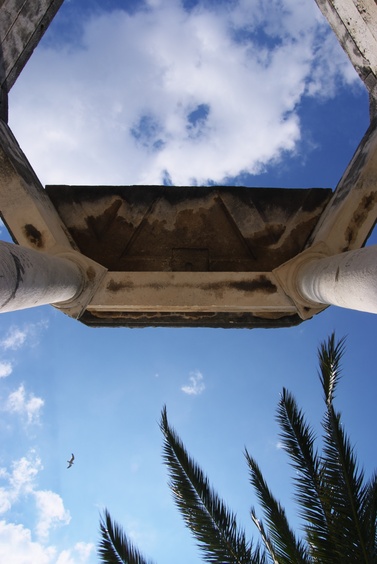 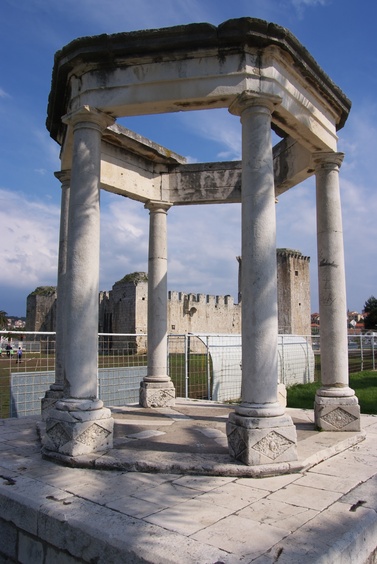 Right: Remnants of a temple (?) in Trogir. 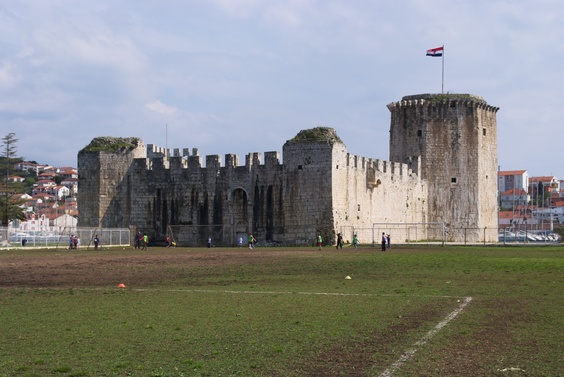 Left: Well placed soccer field on the harbor right next to the fortress. 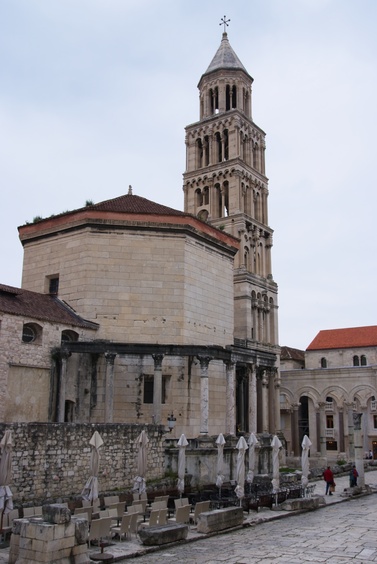 Right: A view of Split from the harbor. Old town is behind the ugly hotel. 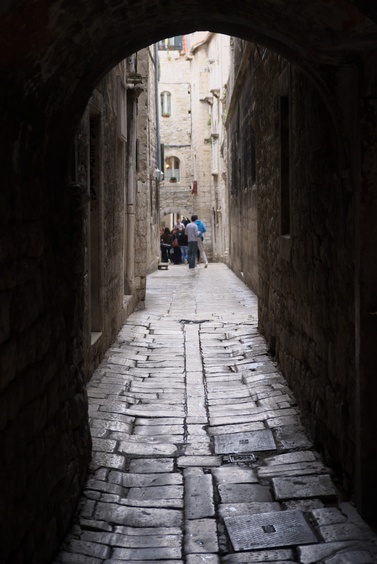 Left: The palace of Diocletian, long ago turned into a cathedral but still standing after 2000 years. 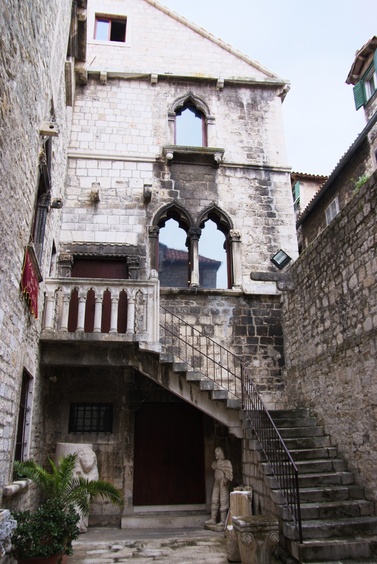 Left: Inner court between the many old houses of the historical corner of Split. 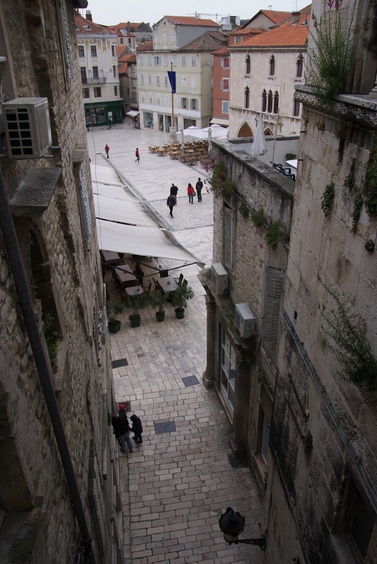 Right: Unlike Dubrovnik where you can walk around the entire city on its walls, there are only a few places were you can climb on them here. 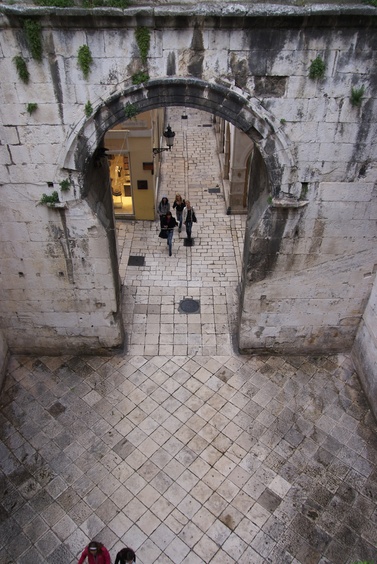 Left: One of the entrances through the old city walls. 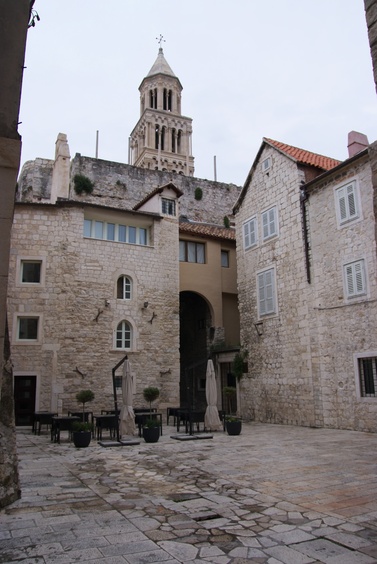 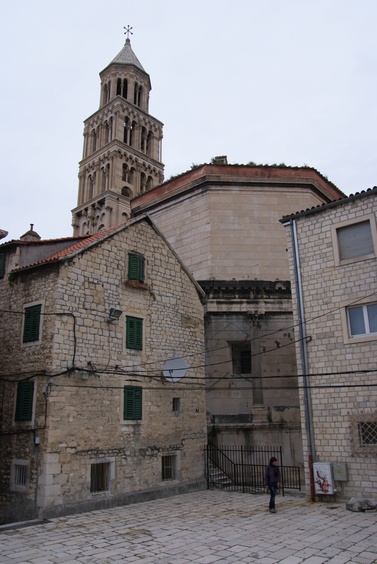 Left: Back side of Diocletian's palace. 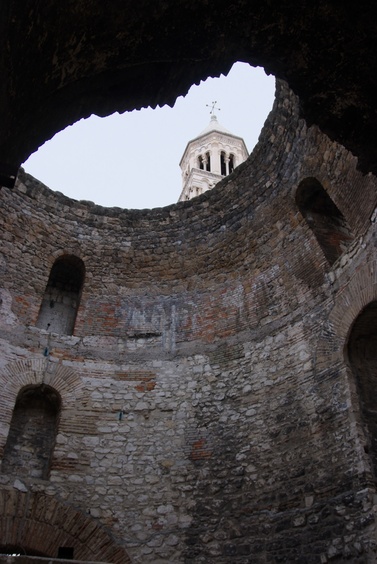 Right: Remnants of an old basilica ? There are similar even older walls sticking out of some buildings. 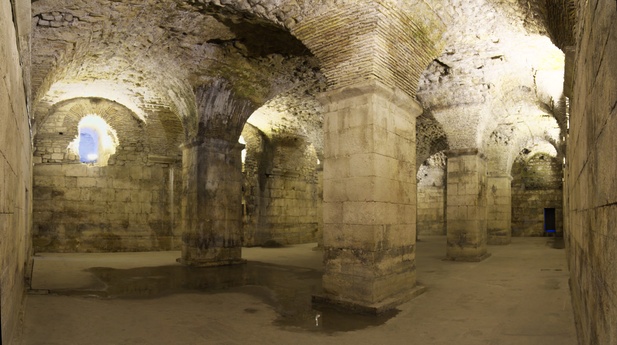 Left: The cellars to Diocletian's palace, well worth a visit. 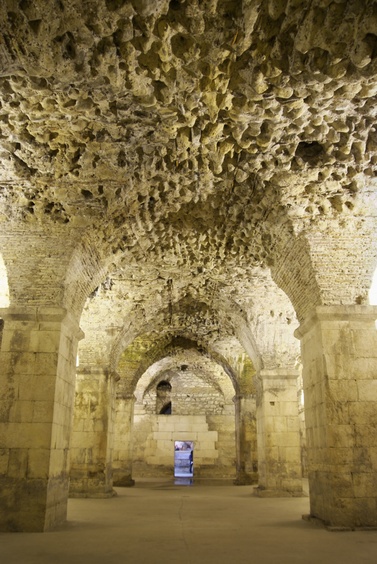 Right: After one thousand years of use, the cellars were filled up with garbage during the middle ages. Apparently the houses nearby would drill through their floor so they could toss their garbage into it... 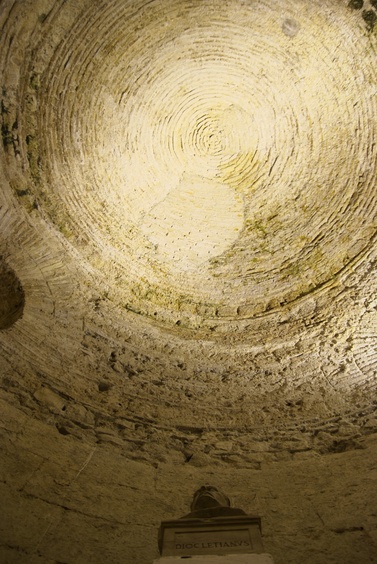 Left: Bust of Diocletian with the detailed architecture of the ceiling. An important roman emperor of the 3rd century, he was originally from Illiria, later known as Dalmatia and now Croatia. He stabilized the empire and later abdicated and retired in his palace which became the center of Split. 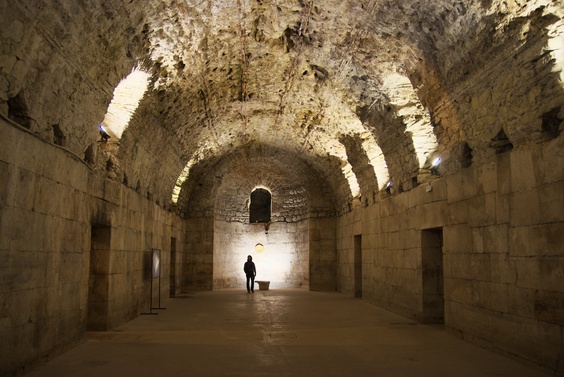 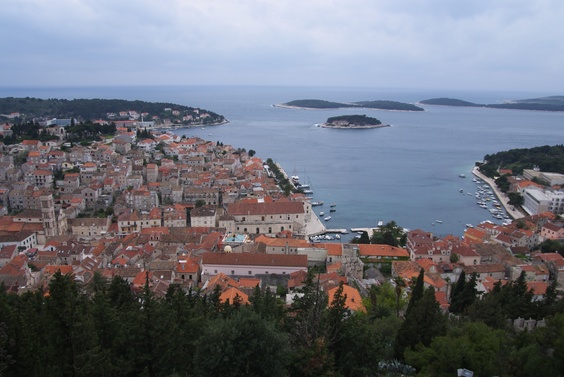 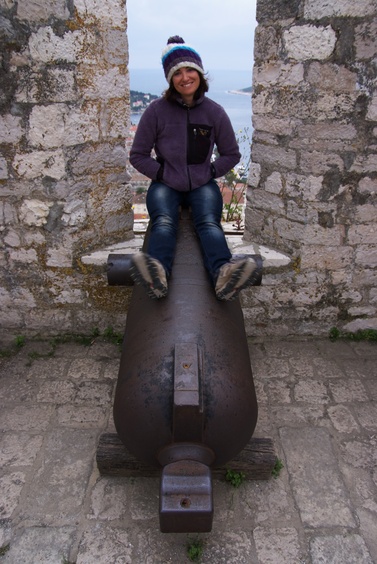 Right: The harbor of Hvar, on the island of the same name.

Left: Canon in the fortress dominating the city of Hvar. 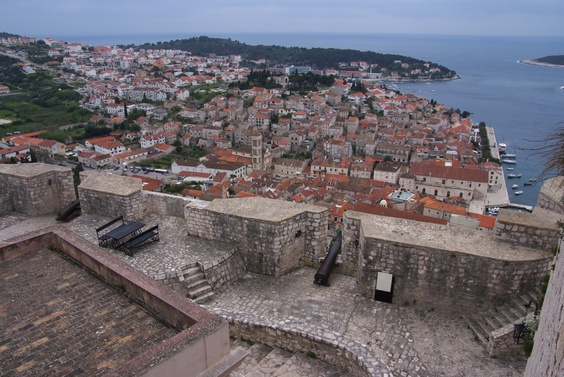 Right: Another view of the 'Fortessa'. In summer there are ferries directly between Hvar and Italy.

We spent several days climbing on the other side of the island of Hvar, in Sveta Nedjelja.